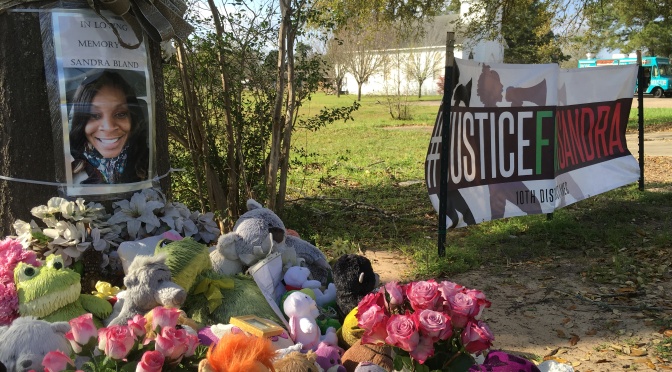 Recently a Facebook Group was brought to my attention by a friend. Before I could read the title, I was struck by the images of my face photoshopped.

The photo of me reading scripture at the celebration service of Bishop Sandra Steiner Ball, her Bishop’s crook carefully photoshopped out and my nose elongated as a reference to deceit.

The photo of me throwing my head back and laughing while holding my friend’s niece, her curly black baby hair rising up to almost touch my chin. The baby had been carefully deleted from the p

hoto and my face altered, once again, transforming my joyful smile into more of a menacing appearance.

The first feeling that I had was violation. That someone would search me out, and go through my photos dating back several years. The second feeling that I felt was a cold child, that someone could do all of that and not be impacted in the least by those images of my humanity, my moments of joy and closeness with loved ones. It was chilling that the their sense of hatred and anger was in no way dampened by examining who I am and the people who have made me that person. Instead, they chose to distort some of the most joyful and intimate moments of my life into images of hate.

There was a mixture of horror and humor from those that saw it. Some finding the pettiness of it amusing, others finding the heartlessness of it frightening. One person commented that it must have been a “band of wretched psychos” who had put the group together.

What is truly frightening, however, is that it was not psychos. What was truly disturbing was not my altered photos, but their unaltered photos. When you clicked on the link to see the members of the group, the pictures were very similar to my own photos before they had distorted them. The people in the group were someone’s grandmother, someone’s mommy, someone’s husband, someone’s friend. They were your neighbor. They were your church member. They were the person next to you at the rodeo, the woman cheering at your son’s baseball game. They were your brother’s boss, and your sister’s jogging buddy. They were that grandmother whose cookies you can never resist at the church baked good’s fundraiser. They were the Judge who you let kiss your baby when he was running for election.

They were not psychos. They were us. They were white America. Terrified of losing “our” country to the people who had lived there before any white people arrived. Terrified that “our” way of doing things would not be allowed to continue. Terrified of what it meant for that way of life when a woman like Sandra Bland could expect her legal rights to be respected regardless of her mood or her cigarette; and when a white woman would break ranks with them to stand with Sandra instead, calling that same Sandra Bland they had linked to drugs and disorderly conduct an evangelist and an activist instead.

They were white America. Terrified that the word “reconciliation” would be torn from the grip and control of the white America who had worked so hard to domesticate it, changing it’s meaning to “peace” and the ability to live together in comfort; terrified that the word would be taken back by the same kind of people who had used it to indicate radical change during the Civil Rights Movement of the 60’s; terrified that reconciliation, once set free, would be reunited inseparably with its partner justice, making it impossible to have one without the other.

The only face that I recognized of the group was a man who represents the face of Justice in Waller County, Judge Trey Duhon, who I have been told is a member of a local congregation of the United Methodist Church, as well as a member of the Texas Bar Association. The fact that he would choose, as an elected official, to be a member of a group whose banner said of me, “I hope you choke on your lies,” seemed odd. What made it stranger was that he had reportedly written himself, around the time of joining the group, to a woman named Dottie Moore, in a letter that she made public to her friends on Facebook on August 27, 2015, and as a result of tagging a friend of mine made it visible to me as well. In his letter Judge Trey Duhon wrote:

As you can see, it bothersome that someone wearing a minister’s collar is engaging in potential slander. You would think that she, more than anyone, would be familiar with scripture like the following:

James 4:11 Do not speak evil against one another, brothers. The one who speaks against a brother or judges his brother, speaks evil against the law and judges the law. But if you judge the law, you are not a doer of the law but a judge.

Ephesians 4:29 Let no corrupting talk come out of your mouths, but only such as is good for building up, as fits the occasion, that it may give grace to those who hear.

Proverbs 6:16-19 There are six things that the Lord hates, seven that are an abomination to him: haughty eyes, a lying tongue, and hands that shed innocent blood, a heart that devises wicked plans, feet that make haste to run to evil, a false witness who breathes out lies, and one who sows discord among brothers.

Judge Trey Duhon was correct: I am indeed very familiar with those verses. In fact, I memorized them as a child and they became part of the infrastructure of my decision making. I am also very familiar with the fact that whether we can quote them is much less important than whether we can live them, and that the truth of our words and of our hearts will most assuredly be known by our fruit.

Our nation is on the brink of a change. People are fighting for their lives to be valued, while others are fighting back, afraid of what that will mean for our way of life. There is confusion, as people grapple with seeing things they do not understand.

That does not have to be the story of white people in America. We can change this. We can make a difference.