“Yvette hated guns. She never let her sons play with guns,” Yvette Smith’s mother said to me after Judge McCaig called a 20 minute break, part way through the afternoon of the second day of the defense arguments for ex-officer Daniel Willis murder trial for killing her daughter.

I knew what it was like to grow up in a household like that; a household where, as Yvette Smith’s son Anthony put it, the “mother was uneasy around guns.” I was never allowed to play with so much as a water pistol or a nerf gun, and to this day it has had a lasting psychological impact on me. I see guns as something that could wound or kill. My best friend’s father used to leave his guns on the dining room table, and it made my heart beat faster just to see it. I could never touch a gun. That’s how I was raised. That is how Yvette Smith was raised. That is how Yvette Smith raised her sons.

Now I live in a state where people care more about their right to open-carry, than about how it impacts other people and the stress and anxiety they cause. Now I live in a state where open-carry is a lie, because we know it really only applies to certain people. Some people – let me be clear: white men – have the right to carry machine guns openly on the streets, as I saw them do in Austin. Other people – let me be clear: Yvette Smith – will be killed merely because an officer imagined that she was carrying a gun inside of her own house.

“Stand your ground” does not apply to black teenagers.

“Innocent until proven guilty” does not apply black men.

“Open carry” does not apply to black women. 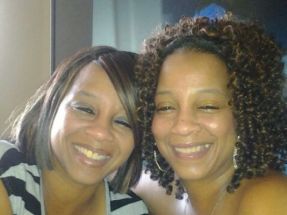 g all of those things apply to you and not to people of color is part of having white privilege. People who are white have the ability to observe that reality, to acknowledge it, and to work to undermine their own privilege in order that the rights our nation claims to hold as “self-evident” apply to all. If they do not apply to us all, they are not civil rights, by definition they are privileges. Privilege: “a special right, advantage, or immunity granted or available only to a particular person or group of people.” If your race and/or ethnicity is a factor in whether you can assert your rights safely, which I believe it is, then civil rights exist only in our imagination.

Just as the gun that Daniel Willis claims Yvette Smith was holding existed only in his imagination. Listening to hours of taped interviews with him during the trial was nothing short of disturbing. Having watched the dash cam video of Yvette Smith’s killing, you see three things happen in three seconds.

Third second: Daniel fires 2 quick shots from his personal AR-15 assault rifle into Yvette’s body with no warning, no commands, and no evaluation.

In lengthy explanations, he talks in the interviews shown at trial about how Yvette stepped onto the porch and was “indexing” with her gun. Aiming it at him and his partner. He talks about how he flashed his flashlight at her several times and she kept ducking out of the path of his light and repositioning her aim. He talks about how she had a small, shiny pistol; then a light colored, long barreled gun. He talks about her having a small, shiny L-shape in her hand, which out of his peripheral vision looked like a long gun, like the AR-15 assault rifle he was holding himself. He says he was afraid for his life; then he says he was never afraid for one single second; then he says he was afraid not for his life but for the other officer at the scene. He takes hours talking about things that never happened.

None of it happened. Sitting in the courtroom, we knew already. We had watched the dashcam. We had heard in rapid succession: Door opening, “Police”, BAM BAM. Even if Daniel Willis’ story was not so inconsistent, there was simply not time for any of it to have happened. All of it, and all of the different versions, were lies.

Yet with all the things he had to talk about, there were somethings he did not talk about:

Ironically, his lawyers then used that as his defense. They had a forensic psychiatrist testify that because there was an officer outside, Yvette Smith exhibited impaired judgement by opening the door.

Yes. That is the defense. That a black woman is responsible for her own death because she opened her door when there was a police officer outside.

Are the lives of black women in so much danger in this nation that there are responsible for their own deaths if they are foolish enough to leave their own house?

Nay, not to leave their own house; if they are foolish enough to open their door.

If a black woman’s life does not have value in our nation, than nothing that we believe about ourselves or our country is true. We have no civil rights, we only have privileges awarded to the few. We are not free, we are not safe, we are not good.

This week, perhaps even today, a verdict will come forth from Judge McCaig. Daniel Willis has waived his right to a jury trial in this retrial; his attorneys citing their absolute certainty that McCaig would give them a “Not Guilty” verdict.

…and you are. A threat to him. Not a threat to his life, but to his power, his comfort, his privilege. The end has already been written, and justice will win. White supremacy knows in its heart that it will be you, black woman, that will bring it down. Its fear and violence is only increasing to keep pace with the increase of your power and confidence. It knows its end is near. Do not give up.

“For there is still a vision for the appointed time; it speaks of the end, and does not lie. If it seems to tarry, wait for it; it will surely come, it will not delay” (Habakkuk 2:3).

One thought on “Yvette Smith: Why All Our Rights Are Lies”