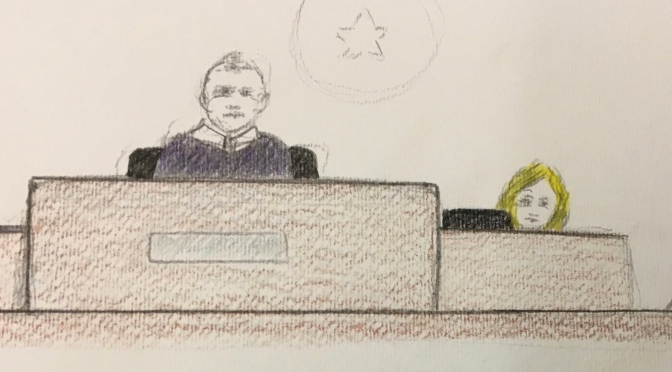 *Satire. Written with our deepest apologies to Sheriff R. Glenn Smith, Brian Encinia, Daniel Willis, Dante Servin and all the many law enforcement officials who have suffered due to the death of black women. You have suffered so many small inconveniences, and temporary life interruptions, yet all we have done is think of the bereaved families of the lost and slain.

There are few things more tragic than for a man with authority to be interrupted in the course of his duties by the monotony of accountability. It can be very taxing on the accused, even when the proceedings are purely for show. One can still trust that in Texas the right of officers to kill unarmed black women will still be upheld by the court. There are still certain rights with deep historic roots, passed down from generation to generation since the time that white men first brought black women here in chains, that continue to be protected in the Lone Star State.

Yet, as we saw in the case of Daniel Willis last week, the formalities of accountability must still be followed for the good of the system. For if it was discovered that there are certain lives that are treated as disposable by the system, it would put at risk the entire democracy. If people were to discover that the law protects all lives only in theory, but not in practice, it would be more than the populace could bear. It would cause too many questions, too much uncertainty, and would surely lead to chaos. If the populace discovered the truth, they may all, with one voice, demand a new system and that would lead us into unknown territory creating more upheaval than we can bear.

Few people think about the price those men going through the motions of accountability must pay. While Yvette Smith’s mother sat, bereaved, knowing that she would never see her daughter again, did she think about the price that Daniel Willis had to pay? Did she think about how murdering her daughter had impacted his reputation and career prospects, or did she only think of her own loss? For what, in the end, is a black woman’s life in comparison to a white man’s career and aspirations.

The suffering of Daniel Willis goes so deep, indeed, that he may even have to leave the state of Texas in order to start anew in another place. The one blessing being that the deaths of black women do not shake our collective consciousness as much as attacks upon the reputation of men. Anticipating the failure of the #SayHerName movement, we can trust that people will quickly forget the name Yvette Smith, and already have forgotten the name Daniel Willis. This being the case, Willis should be able to go to another location not too far off, and continue life without raising the eyebrows of his neighbors.

The ancillary benefit that this will likely provide is that in his departure, Daniel Willis will take with him all hints of corruption and racism that could have been linked to the Bastrop County Sheriff’s Office. The false statement made by the Sheriff that Yvette Smith had a gun will soon be forgotten, as will the falsification of the training records of Willis. In its place, Bastrop County will leave their citizens with an image of their County supporting the bereaved family of Yvette Smith, protecting those within the system from further interruption in the form of processes of accountability. For while what Willis loses is indeed tragic, sometimes one man must bear the burden of accountability so that the rest may go free.

His own process Willis bore with patience stolidness. Although assured of the conclusion from the beginning, the process still had to be born out for the purposes of perception. The defense had chosen a bench trial and waived their right to a jury and the prosecution had agreed to the process; helping said process, whether purposefully or inadvertently, by persisting in a charge of murder that would be the most difficult to prove and, thus, the most likely to effect a release.

Reaching its conclusion, after all the stress that Willis had born in order to protect our democracy; after bearing the brunt of the accountability necessary to pull the veil back over the eyes of those who need to believe that all lives matter, Daniel Willis received his reward. In a beautiful and lengthy oratory, Judge Albert McCaig explained first that he himself answered to no one, not the voters nor the politicians nor the critics, but only answered to the Law and Jesus Christ. Once that explanation was made, Judge McCaig delivered an impassioned reading of the quote from Theodore Roosevelt about “the man in the arena”, closing his remarks by honoring Willis with the words, “You were the man in the arena. And you are not guilty of the charges stated.”

What joy swept through some parts of the courtroom at those words. Willis truly deserved that honor, for like Jesus, he had suffered greatly, bearing the weight of criticism on his own shoulders so that the rest of the system could go free. Yet, in the end, the system did not desert him. The system honored the sacrifices he had made by setting him free as well. Nothing could take that from him: not the anguished hollers of Yvette’s brother, not the weeping of Yvette’s mother, nor even the moment when her knees buckled in grief and she fell into the arms of a friend.

Once again, Yvette’s family thought only of themselves, only of the fact that Yvette’s sons would have to go through life without their mother. They had looked with disdain on that AR-15 on the table before Judge McCaig’s bench and had been able to see it only as the gun that had killed their mother, sister, and daughter without a moment’s hesitation; they never thought about how much that gun meant to Willis; how long he had owned that gun and loved that gun; or how many years he had been forced to use it for nothing more than target practice. That gun had waited so long to be permitted to serve its intended purpose in taking life. Yet, now would he even be permitted to keep his old friend and regain custody of his gun; or would that too be taken from him, just as his job had been? What, after all, is the relationship between a mother and her son in comparison to the relationship between a man and his gun. In Texas, we know that latter relationship to be sacred.

Such deep uncertainty deserves deep reassurance, and that is exactly what Judge McCaig offered to Willis with those words from Roosevelt. He gave him release; he gave him so much more than an apology, he gave him honor.

“It is not the critic who counts; not the man who points out how the strong man stumbles, or where the doer of deeds could have done them better. The credit belongs to the man who is actually in the arena, whose face is marred by dust and sweat and blood; who strives valiantly; who errs, who comes short again and again, because there is no effort without error and shortcoming; but who does actually strive to do the deeds; who knows great enthusiasms, the great devotions; who spends himself in a worthy cause; who at the best knows in the end the triumph of high achievement, and who at the worst, if he fails, at least fails while daring greatly, so that his place shall never be with those cold and timid souls who neither know victory nor defeat.”

In doing so, he gifted so many more people than Daniel Willis alone, however. In a way, he honored every officer who has killed an unarmed person, only to have their actions questioned afterwards. He honored every officer who has shot a black man in the back, and then been criticized by those who were not even there. He honored every prison guard who has tasered a woman like Natasha McKenna to death in jail, only to have video of it broadcast across the nation and his actions questioned. He honored the man who choked Eric Garner, as well as the ones who shot Walter Scott, Tamir Rice, and Jordan Baker. He reminded the nation that it is only the officer who has the right to say what happened; whatever video footage others may try to bring in to distract people, no one except the officer knows what truly happened and why it was absolutely necessary to shoot Laquan McDonald 16 times.

No critic, politician, or grand jury has the right to question the actions of an officer, whether that be Daniel Willis firing his gun without warning at Yvette Smith, or Brian Encinia threatening to fire his taser at Sandra Bland. Fortunate indeed we are then, that Brian Encinia’s case will go before a judge who can identify with what it is like to be an officer because, as he explained, of his years at war. We can rest easy knowing that those who believe that our system treats all lives the same will not be awakened from their slumber on this judge’s watch.

Not unless they #SayHerName #YvetteSmith #SandraBland