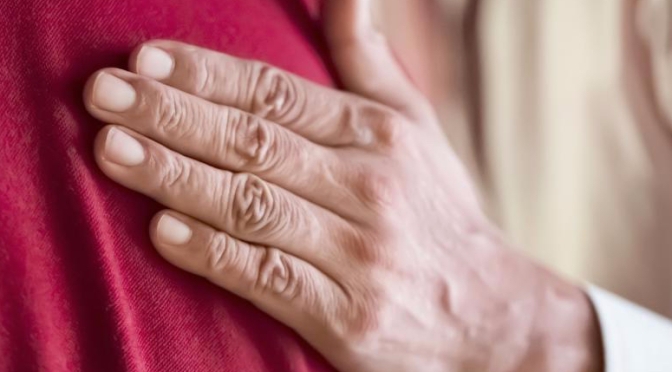 “I miss my dad,” I thought looking down at the creamed chipped beef on the plate in front of me in the Thunderbird Cafeteria outside of Canyon de Chelly. The last time I had seen my father, he was looking down over the railing into the entryway of the Dome in St. Louis where I stood locked out with many of the Queer clergy and allies after the Traditional Plan had passed at Special Session of General Conference. Did he see me? Was he looking for me? I don’t know.

Maybe it doesn’t matter. I was not the reason he was there. He was there to support my mother as she cast her vote for the Traditional Plan.

A week later, sitting in the cafeteria of the old-fashioned motel in the town of Chinle in Navajo Nation, reminders of him were everywhere. They served all of his favorite foods – creamed chipped beef, corned beef hash, cream of wheat – all the foods that would have been popular when he road tripped through this region with his family in the 1950’s. Everywhere I turned, every vista and landmark, reminded me of him. As Wade and Hannah T. led us deeper into Navajo Nation, on this journey of “Decolonizing Theology,” I found myself coming to a deeper understanding of why a part of my father had never left this place.

That last time I had seen him, looking down at us with confusion as we sang, I had waved at him. I do not know if he saw me, but I wanted him to see me. I wanted him to find me. He had always found me before. Countless times, he had found me.

I missed the weight of his hand on my back the hundreds of times that I had run to my room, plopped facedown on my bed, and emptied my eyes into my pillow case. It was predictable as clockwork that when the pillow under my face was as wet and worn out as my tiny shaking body, I would feel the weight of his hand on my back. Countless nights my little-girl heart pounded like a drum in my ears, every part of me straining, hoping for an apology that would never come. She never came. Instead, it was always him that came. It was always him that could not listen with indifference to my pain any more. He never said anything. There was not anything for him to say. The apology that was needed was not his to give. Quietly, he would slip into my room, sit down beside the limp body of the youngest of his four daughters, and place his hand on my back. Warm. Heavy. Comforting. Silent. It was not everything I needed, but it was enough to hold me together.

Like many Queer clergy, I am the intensely ethical child that my father raised me to be. My ethics are consistent, just different from his, emerging from a different identity and experience. Still, my convictions are passionate. My determination is tireless. My spirit is indefatigable. And somewhere along the journey towards solidarity, I left my home and  learned from those who have suffered more than I can imagine how not to cry. I learned how to swallow tears whole before they see the light of day. I learned to be a sponge, relentless in my absorbency of trauma, unwilling to allow the District Superintendent, or the Sheriff, or the white nationalist see a glimpse of my pain.

I have not cried since General Conference; since I was locked out of the Dome; since I watched my dad turn and walk away. I do believe he was looking for me, but at the same time he was not in St. Louis to be there for me. He was there for her. There would be no hand on my back, no hand to catch me, so I better keep far away from the ledge.

It had been somewhere around the time that John Lomperis’s photo went up in my parents’ kitchen that I knew this day would come. There he was staring back at me as I sat at my mother’s kitchen table. The place where we had drunk so many thousands of cups of tea; the place where my father had served me scrapple in the morning, and my mother pork chops in the evening. Now, across the small round table – my first altar – the smiling face of the Inquisition stared back at me, affixed with a magnet to my mother’s fridge.

In grief, I told my mother that someday our church would split, and that I would not be able to be in the same denomination with them anymore. Undeterred, she spent the next several years doing everything in her power to ensure that day would come to pass.

Sitting in the spectator stands of General Conference, I watched all this unfold before my eyes. “Hi daddy,” I said to my father softly as I climbed past him up to the top row where the polity wonks were gathered. I longed to be with him, but he was not there for me.

Over and over again, I heard the verse that had hounded my family throughout my childhood read out by the Traditionalists as an argument against the LGBTQIA community.

“Some Pharisees came to him to test him. They asked, “Is it lawful for a man to divorce his wife for any and every reason?” “Haven’t you read,” he replied, “that at the beginning the Creator ‘made them male and female,’ and said, ‘For this reason a man will leave his father and mother and be united to his wife, and the two will become one flesh’? So they are no longer two, but one flesh. Therefore what God has joined together, let no one separate.”

Matthew 19:3-6. It had been the reason that my father was not allowed to serve on the school board at my Christian school in Delaware County, Pennsylvania. My mother was his second wife. Throughout the twelve years that I was enrolled there, the shame lay heavy on my parents, heaviest on my father. Slowly grinding down. For his children, the shame was not heaped as heavily on us as it was upon the students who had two homes. At least my own parents were still married to one another. That put me one step up in my school’s hierarchy of shame.

I remember one day when my brother and I decided to sit in on the adult Sunday School at our home church, Bethlehem United Methodist Church, when my parents were teaching. One couple in the Sunday school was unleashing vitriol, arguing that to divorce and remarry was an abomination. My brother and I turned red with embarrassment. This conservative couple was saying this to our parents’ face, in front of their apparently dishonorable and illegitimate offspring, not knowing – or not caring – that my mother was my father’s second wife. I will never forget how hot my face burned that day.

Now, this same verse that had caused my parents so much pain when I was a child, was being used by their Traditionalist compatriots to heap shame upon me. And they were not speaking out against it, as my brother and I had in fact done in that Sunday school classroom for them. This weapon that had hacked at the roots of our family tree for forty years, they now watched without protest as it was lifted to sever one of their own limbs.

Those that shamed my parents called that correction “love,” just as my parents would now insist that what the Traditinalists are doing to me is “love.”

The exegesis of those who used a scripture about divorce to speak of the LGBTQIA community was confusingly inaccurate, and the irony close to unbearable. Rev. Anthony Tang got up and proposed an amendment that if we were going to use this verse, then we should also bar divorced and polygamous clergy from serving in the church. He was followed soon after, however, by my candidacy mentor, Rev. Dr. Joe DiPaolo, who got up to the mic with condescension and annoyance in his voice, to tell the gathered assembly not to be distracted by the amendment. In other words, not to fall for this attempt to reveal our hypocrisy and make us ethically and exegetically consistent. Instead, Joe encouraged them to stop wasting time and vote the amendment down so that they could push forward in focusing their exclusion solely on the LGBTQIA community.

In the end, the same verse that had pushed my father’s head down in shame throughout my life, was used to deal a blow to me. It was used to argue against my morality, my humanity, my identity, my call. And it won. What a strange legacy to pass on…

…but I will not bow my head beneath this false weight. I refuse. I dissent. I defy.

Thank you dad for holding me together decades ago, until I gained the strength to stand up to anyone… even you… even your beloved IRD… even your cruelly punitive WCA.

I’ll be standing my ground right here, if you ever want to come and find me. I do not need a hand on my back, but I would take another friend in this struggle, if you could ever bring yourself to stand with me – and for me – on this side of the divide.