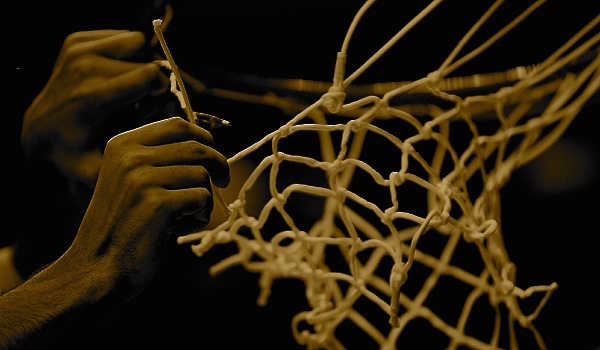 “Maybe now they’ll stop hanging nooses off trees on campus…” I read the words just moments after I had added my own throwback photo to the avalanche flooding newsfeeds with Duke alumni’s exuberance over their NCAA win.

In the midst of celebrating Coach K cutting down the net as a symbol of Duke basketball’s dominance, the irony was not lost on many that  those were not the only ropes Duke cut down this week.

Last week, when examples of racism at Duke once again made headlines in the hanging of a noose, the church universal was celebrating Holy Week. In the Christian calendar that is the week in which we remember that our Lord was captured by a lynching mob; condemned to death although innocent; hung with nails and rope on a tree; choked to death by his inability to get a breath; and left hanging on the tree not only to assert the power of those that had killed him, but also to terrorize those that had loved him and to discourage them from following his revolutionary lead.

Chillingly, that is exactly what so called Christians were doing to African Americans in this country up until a few decades ago. In fact, they were even lighting crosses on fire as a symbol of the fervor of their faith before going to perform a reenactment, seemingly ignorant of the fact that they were not playing the role of Jesus or his disciples, but of those that murdered him. The intense psychological terrorism of leaving a body hanging, daring the family to risk taking it down, did not end with the death of Jesus and the era of crucifixions. Neither, some would argue, did it end with the era of nooses and lynch mobs; it just looks different now.

In September, when friends and I met with law professor Justin Hansford in Ferguson, Missouri, he explained to us that leaving Michael Brown’s body lying in the street for hours, in full view of children and family, achieved the same psychological impact that lynching had in the past. In other words, achieved the same psychological impact that crucifixion had centuries before. In other words, regardless of the intentions or factors, was an act of psychological terrorism on the quiet neighborhood.

Remember that: whenever you hear news of a body left lying in the street; every time you hear that no life saving measures were attempted or offered. The impact of those choices falls not only upon the victim, but rather upon the whole community.

Both crucifixion and lynching serve as a method of reminding people who holds the power and privilege. This is a tactic of maintaining power and privilege through fear. Through reminding the oppressed of the power of their oppressor, psychologically traumatizing onlookers, and squelching any attempts at liberation.

Hanging a noose is a tactic by a fearful oppressor intent on maintaining a sense of superiority and power. It is the act of a coward, striving to stave off the inevitability of recognizing their own weakness; striving to protect their illusion of superiority when faced with an equal.

The fact that a noose was hung last week on Duke’s campus is not the fault of every Duke staff, student and alumni; but it is our responsibility to vocally confront and combat racism in all its forms, and to take the time to listen and understand.

The fact that those words need to be stated may seem discouraging to some; yet, the fact that they are being stated so publicly is a sign that perhaps we are making progress, bit by bit.

To my colleagues, this is my prayer for us: May the education that we received in theology help us to grapple with the ancillary education that we received in the dynamics of privilege and oppression. May our calls for justice be just as public, vocal and passionate as our cheers for basketball. May our courage to speak and our humility to listen grow with the passing of the years. And may we be vigilant in our callings so that nets will be the only ropes that need to be cut down on ours or any other campus.